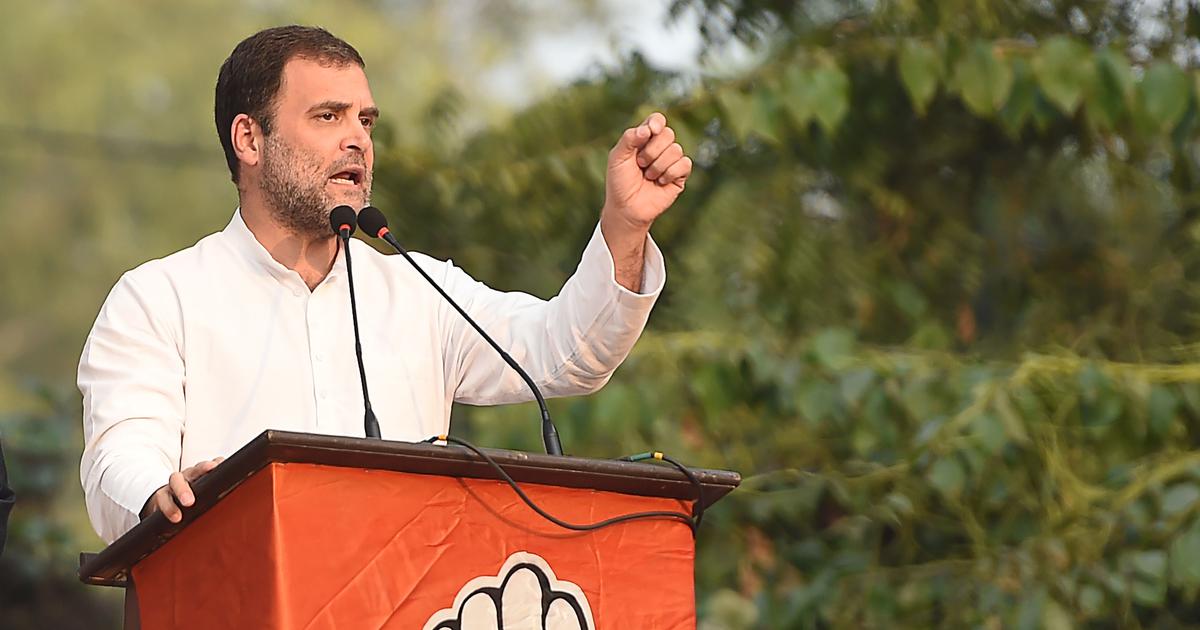 Congress leader Rahul Gandhi on Saturday launched a fresh attack on the Centre over the India-China standoff in Ladakh and said that the country will pay a “huge price” because of the government’s policies.

“China has taken our land and GOI [the Government of India] is behaving like Chamberlain,” Gandhi wrote on Twitter. “This will further embolden China.” Along with his tweet, Gandhi also posted a video from Defence Minister Rajanth Singh’s visit to Ladakh on Friday, in which he said that no country can take even an inch of land from India.

China has taken our land and GOI is behaving like Chamberlain. This will further embolden China.

India is going to pay a huge price because of GOI’s cowardly actions. pic.twitter.com/5ewIFvj5wy

Gandhi’s ‘Chamberlain’ mention in his tweet was a reference to former British Prime Minister Arthur Neville Chamberlain, who was known to have a policy of appeasement towards Adolf Hitler during the period before World War II. He had surrendered parts of Czechoslovakia to Hitler by signing the Munich Agreement in 1938.

Gandhi has also repeatedly accused Prime Minister Narendra Modi of surrendering to China and falsely claiming that the neighbouring country did not intrude into Indian territory in Ladakh.

The Congress leader has consistently criticised...